Rome Airports, a company in the Atlantia Group, manages Rome Fiumicino and Ciampino airports and carries out other additional activities related to airport management. Fiumicino has two passenger terminals and is dedicated to business and leisure customers on domestic, international and intercontinental routes; Ciampino is mainly used by low-cost airlines, express-couriers and General Aviation activities. 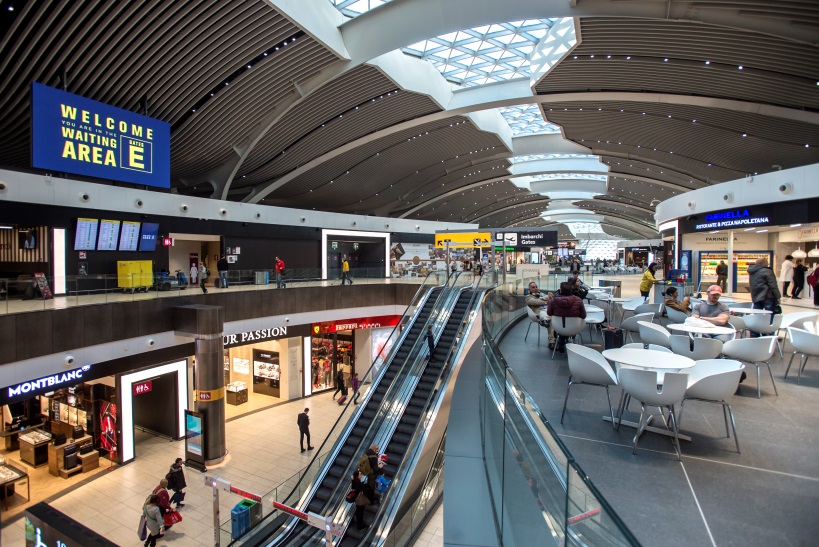 The “Leonardo da Vinci” Airport HUB is 32 km southwest of Rome. It is served by an excellent network of road and rail links, which make it accessible from the city centre in just 25 minutes. The airport is used primarily by airlines operating scheduled national, international and intercontinental flights.

The development of “Leonardo da Vinci” in recent years, driven in particular by the international flights component, led the airport to be used by 44 million passengers in 2019. Almost 100 airlines chose to fly from this airport in 2019, serving more than 210 destinations throughout the world.

The Rome Fiumicino HUB, through the extensive network of domestic and international destinations, is capable of ensuring considerable intercontinental feeder traffic for long-haul flights.
“Leonardo da Vinci” offers facilities and services in line with international standards; investments made by ADR in recent years have enabled Fiumicino to currently offer: 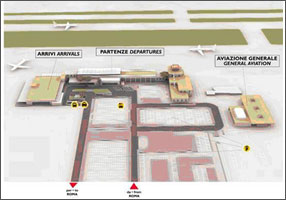 Giovan Battista Pastine Airport is situated only 15 km southeast of Rome. It is mainly used by low cost airlines, by express-couriers and for general aviation.

In the last 10 years the low-cost market has grown and developed very quickly throughout Europe. In Italy, Ciampino has certainly been one of the airports that has best managed to capture this new type of traffic, encouraging a strong growth in tourist traffic in Rome and the Lazio region.