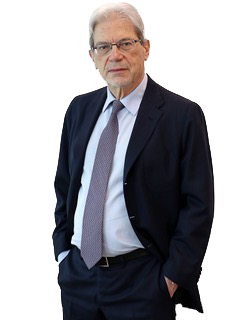 Born in Rome in 1948, Claudio De Vincenti, Professor of Political Economy at the Faculty of Economics of the University of Rome La Sapienza and Senior Fellow of the LUISS School of European Political Economy, also carried out academic and research activities at the Federico University II of Naples and the University of Urbino "Carlo Bo". An expert in competition, market regulation and economic policy, as well as the author of numerous essays on economic theory and policy, he has held important institutional positions over the years: among others, he was Minister for Territorial Cohesion and the South, Undersecretary for the Presidency of the Council, Undersecretary and then Deputy Minister for Economic Development. During his four years at the Ministry of Economic Development, he has mainly dealt with industrial policy, making a particular contribution to the solution of various corporate crises, of competition and market structures, of energy policies. 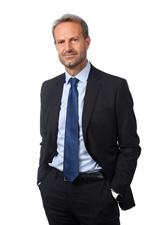 Born in Naples in 1971, Marco Troncone graduated in Chemical Engineering from Federico II University in Naples, before completing a Masters in Business Administration at SDA Bocconi. He started his career in Aeroporti di Roma in 2009, as a board member; he was appointed Head of Strategic Planning and Board Relations in 2011, and served as the Chief Financial Officer of the group from 2013 to 2018. In January 2019, Troncone became Atlantia’s Head of the Airports Business, coordinating the international assets and the developmental strategies of the holding in the airport sector. He is the CEO of Azzurra Aeroporti SpA and serves as Vice President of Aéroports de la Côte d'Azur, as well as board member of Aeroporto di Bologna SpA. Previously, Troncone worked in Italy and overseas in companies such as Sintonia SA and A.T. Kearney, gaining an extensive experience in strategy, corporate finance and infrastructures - with a particular focus on airports. He has been appointed as CEO of Aeroporti di Roma in April 2020. 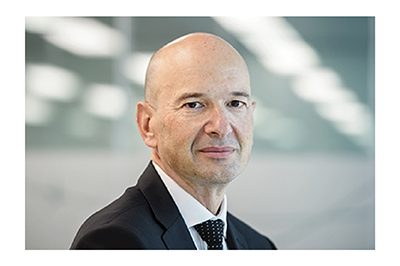 Born in Venice in 1971, he graduated in Transport Engineering from the University of Padua and followed the ETP Executive Transition Program at the ESMT – European School of Management and Technology in Berlin. He has always worked in the world of airport management and air transport. From 1997 to 2000 he worked as Project Engineer in NET S.p.A, a consultancy firm active in transport and infrastructure services. He landed the role of Airport Facilities Manager in SAB S.p.A., the company that manages Bologna airport, from 2001 to 2006. Subsequently, from 2006 to 2009, he worked at SAGAT S.p.A., the company that manages Turin airport, as Vice President of Operations. In 2009 he became the General Director of Operations and Accountable Manager for Air Dolomiti, a position that he held until May 2015. Head of Airport Management and Accountable Manager of Aeroporti di Roma since June 2015 and director of some Group companies. As of May 2021, he is in charge of the Aviation Business Unit. 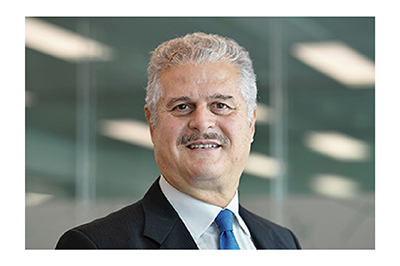 Born in Terni in 1956, he graduated in Nuclear Engineering from the University of Bologna. He has been working in Aeroporti di Roma since 1989, where he was employed as a Project Manager. He has held various positions, with increasing roles and responsibilities, in the field of airport system and technical service development. In December 2009, he became Director and Head of Infrastructure Development of the Company and, as of May 2021, he is managing the Infrastructures Business Unit at Aeroporti di Roma S.p.A. He is a director of various subsidiaries of the Group. 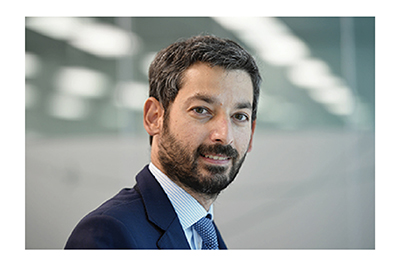 Born in Rome in 1981, Emanuele Calà graduated in Business Administration from LUISS Guido Carli University of Rome in 2004. He became Head of Aeroporti di Roma’s Innovation and Quality departments in July 2020. Calà joined the Atlantia Group in 2004; since then, he has held positions of increasing responsibility within the Group’s main companies, such as Autostrade per l’Italia, Atlantia and Aeroporti di Roma, in the areas of business controlling, programme management, quality and innovation. As of May 2021, he is in charge of Innovation and Quality at Aeroporti di Roma. 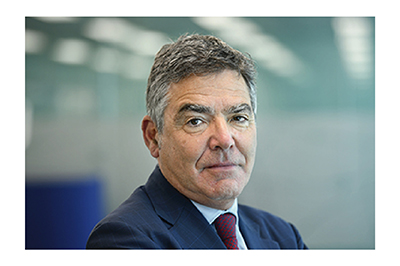 Born in Rome in 1960, he earned his Business Economics degree at the LUISS Guido Carli University of Rome. Since january 2019, he is head of  Administration and Finance  in Aeroporti di Roma. He developed his career at Aeroporti di Roma, covering roles with increasing responsibility in the administrative and finance area. Beginning from the privatisation of the company, which took place in 2000, he managed all financing operations and followed the major special operations thanks to which the Group assumed its current corporate and financial structure. He is also CEO of ADR Mobility and Director of the “Prevaer” category Pension Fund. 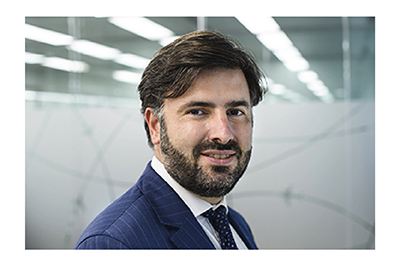 Born in Cosenza in 1982, Cavallaro graduated with honours in Political Economy at Tor Vergata University of Rome and, at the same time, obtained a Master’s in Transport and Networks Industrial Economics at the Toulouse School of Economics in France. From April 2007 to August 2011, he worked at KPMG Advisory, then at Roland Berger, gaining significant experience in strategy and corporate finance/M&A area, having worked with the majors key players in transport and infrastructure sectors. In August 2011, he joined Aeroporti di Roma with increasing responsibilities in the areas of strategic planning and business development, participating in all extraordinary projects that have characterised the growth of the ADR Group. In 2016, he became  Head of Business Development and Asset Management of Atlantia, he worked on multiple transaction, including the acquisition of certain airport assets. He is currently Head of the Strategic Planning and Regulatory Department of Aeroporti di Roma. He is a member of the Board of Directors of Azzurra, the consortium that controls the majority of the capital of the Côte d'Azur Airports and of Aeroporto di Bologna SpA. He is also a non-voting member of the Board of Directors of Aéroports de la Côte d'Azur. 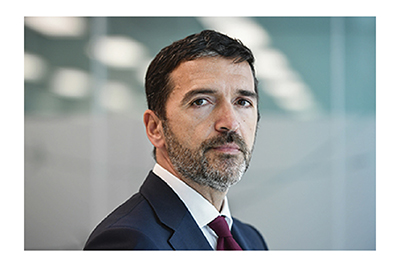 Born in Rome in 1975, he graduated in law at the Sapienza University of Rome in 1999. As a lawyer, he developed his career initially in the large infrastructure sector, working in the legal departments of TAV, Ferrovie dello Stato and Autostrade per l'Italia. Since 2010 at Lottomatica/IGT, the world’s first legal gaming group, he has taken on roles with more responsibility, becoming head of the legal and corporate affairs department in 2015 and holding positions as president and board member of group companies.  In the course of his professional experience, he has acquired specific skills in areas of high public regulation. He took responsibility for the Legal and Corporate Affairs department of Aeroporti di Roma in January 2021. 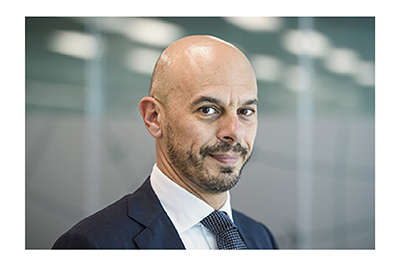 Born in Trieste in 1975, he holds a degree in Electronic Engineering from the University of Trieste and a master's degree in Business Administration from MIP Milan Polytechnic University. He began his professional career in consulting, where he gained important experience with leading listed companies and public administration bodies from 2001 to 2010, first with PWC and then with EY. In 2010, he joined ERG, first as Head of Internal Audit and then extended his responsibilities to include Risk & Compliance issues, as well as being a member of the Supervisory Board. In 2016, he joined ENAV as part of the listing project, where he held the role of Head of Internal Audit and Anti-Corruption, was a member of the Supervisory Board, and also dealt with GDPR issues. In 2020, he joined Aeroporti di Roma as Head of Internal Audit. 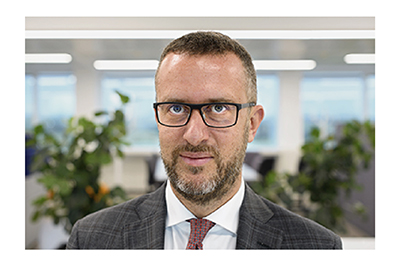 Born in Rome in 1976, Di Cintio graduated in Economics and Commerce from the LUISS Guido Carli University of Rome. He managed Strategy and M&A in projects at the Telecom Italia Group from 2001 to 2007. In 2007, he joined the Boston Consulting Group, a global leader in strategic consulting , being in charge of various projects , mainly in the Retail and Infrastructure sectors, in both Italy and Europe. In 2011, he joined Atlantia, becoming  Autostrade per l’Italia’s Head of Planning & Control, while also being a Non-Executive Board Member of companies of the all things, including Telepass S.p.A., Autostrade Tech S.p.A. and Autostrade Meridionali S.p.A. In 2016, he was appointed CFO and Head of Procurement at Tangenziale di Napoli S.p.A. and Autostrade Meridionali S.p.A.; for the latter, he was also in charge of drawing up the accounting and corporate papers of the company, in accordance with Article 154-bis of the TUF [i.e. Consolidated Law].Since November 2019, he is  Aeroporti di Roma’s Head of Procurement & Logistics of the ADR Group. 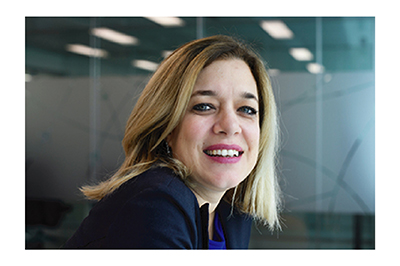 Born in Rome in 1976, Pamio graduated in Law from Roma Tre University. She obtained the qualification as lawyer atfrom the Rome Court of Appeal and got a PhD in European Law and Constitutional Law at the University of Palermo. After a few years working in litigation and industrial relations at the Ferrovie dello Stato Group, in 2005, she joined the Cabinet of EU Policies Department of the Presidency of the Council of the Ministers and the technical secretariat of the Inter-Ministerial Committee for Fraud in the EU in 2005. She then joined Japan Tobacco International, a global player in the tobacco sector, where, in 2013, she took on the role of Director of Institutional Relations. In 2019, she became Director of Institutional Affairs and member of the Board Advisory Committee at Abbott Italy, a leading company in the medical devices, nutrition and diagnostics sector. She has been at Aeroporti di Roma since February 2020 and deals with Communication, Institutional Relations and Sustainability. 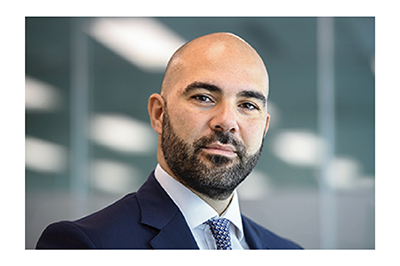 Born in Rome in 1979, Rinaldi grauated in Electronic Engineering and began his professional career in 2004 at Accenture, where he held increasingly senior positions, up to the role of Executive Manager in the Finance & Performance Management area. In 2012, he became Senior Manager in the Risk Advisory Services sector for at EY’s in projects in Italy and abroad for large multinationals. Since 2015, he has been at Thyssenkrupp Acciai Speciali Terni, first as Head of the Internal Control System and Anti-Fraud and Anti-Corruption Programmes and, later, taking the role of Governance & Business Continuity Officer Director. Since November 2020, he has been dealing with Enterprise Risk Management & Compliance for Aeroporti di Roma. 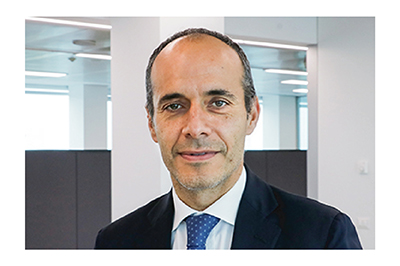 Born in Rome in 1971, he graduated in Computer Science from Sapienza University of Rome. From 1996 to 2008 he worked in Andersen Consulting/Accenture, a global leader in technology consultancy. He held roles with increasing responsibility in the management complex innovation and digital transformation programs for European Media and Telecommunications companies. From 2009 to 2013 he worked for Vodafone Italia. He initially led the Online Technology team, taking on the responsibility of digitalising services and launching the first “mobile digital” services. He subsequently took on the responsibility of developing the company’s IT as the IT Solutions manager. From 2014 to 2016 he worked for Vodafone Romania. He took on the role of Chief Information Officer and helped the company achieve its digitalisation goals, from CRM services to technological platforms for network management. He has been acting as Digital Route Board Advisor since 2019. He is a member of the board of directors of several companies of the Group 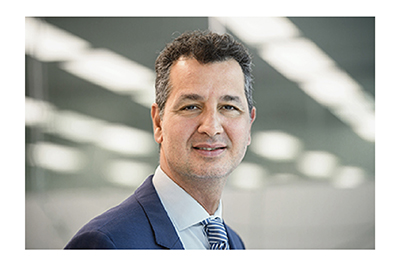 Born in Sicily in 1974, Valenza graduated with honours in Business Administration from the University of Palermo. Since October 2020, he is Head of Human Resources and Organisation for Aeroporti di Roma. Before joining the ADR Group, he took increasing responsibilities within the Human Resources area in major Italian and international companies. From 1999 to 2004, he worked at Alitalia, mainly engaged with Human Resources Management and Development of  in the Flight Operations Division. He subsequently joined Starwood Hotels & Resorts, an American multinational operating in the world of luxury hospitality., where, in 10 years, he took increasingly senior roles in Italy and abroad - in Brussels, he held the role of Director of Talent Management Acquisition for the EMEA division for 2 years. In 2013, he took on the role of Head of Human Resources Commercial Operations for Vodafone and, after 2 years, he was hired as Vice President of HR Technology ofby Telecom Italia , where he remained until 2018. Before joining the ADR Group, he has been Italo N.T.V’s  Chief Human Resources & Organization.